Combining her love for music with her interest in psychology and psychoanalysis, Veronica
received her Bachelor of Music Therapy from Acadia University in May of 2020, graduating at
the top of her class. In September of 2021, Veronica will be joining Memorial University’s School of Music to obtain her Master of Arts in Ethnomusicology degree. She plans to research the musical, sociological, and political correlations between opera and the ways in which women grieve in the Western world, as well as how opera can be used therapeutically to emotionally integrate women’s bereavement. In the future, she plans to further her education by working toward her masters in opera performance, receiving her certification in Analytical Music Therapy, as well as
training to become an End of Life Doula.

Veronica began taking voice lessons at the age of 8, singing primarily show tunes and folk
songs. Her love of musicals was encompassing, and, if you ever need to find her in her time off
today, she’s probably in her car belting Heathers or Wicked. But when she was 14, Veronica
discovered opera. It wasn’t love at first listen, it was curiosity. That curiosity soon grew into a
passion for the human voice; for the ways in which we express ourselves, the diverse colours of
individual voices and what they have to say, the power of the human body to contain such
musical strength. So, needless to say, if it's not Heathers or Wicked you hear coming from her
car, it’s probably anything from Maria Callas’ discography.

Veronica has performed nationally and internationally, in both solo and choral settings, in places
such as Edmonton, Ottawa, Paris, Dublin, and Prague. She has performed with groups such as
The Mount Pearl Show Choir and the Quintessential Vocal Ensemble (QVE), as well as
competing in the Kiwanis Music Festival for most of her teen years. In 2017, she was offered the
role of Hera in the Halifax Summer Opera Festivals production of Francesco Cavalli’s L’Egisto.
In early 2019, she performed a third year vocal recital titled “Songs of Love, Longing and
Gratitude” featuring pieces by composers such as Strauss, Schubert, Mozart and Barber. In the
summer of 2019, she travelled to Edmonton, Alberta to attend Opera NUOVA’s Ten-Day
Development Program; working with professionals such as Dominique Labelle from the Schulich
School of Music and the Senior Acting Coach for the Canadian Opera Company and award
winning Opera Director, Tom Diamond. Veronica has a rich acting history as well, performing in
improv shows, competing in the Canadian Improv Games, and performing alongside classmates
in both regional and provincial drama festivals.
​
In her teaching, Veronica takes the knowledge and lessons she has learned from the last 14
years of her own musical training and adapts it to her students' individual needs. As a
neurodivergent person, Veronica understands the predicament of struggling to learn in
conventional, neurotypical ways. This has deeply influenced her teaching style, using analogies,
colours, shapes, and imagery, to explain concepts and ideas in vivid, creative ways. She is
beyond excited to watch her students grow into their voices as empowered individuals, as they
celebrate themselves, the music, and each other. 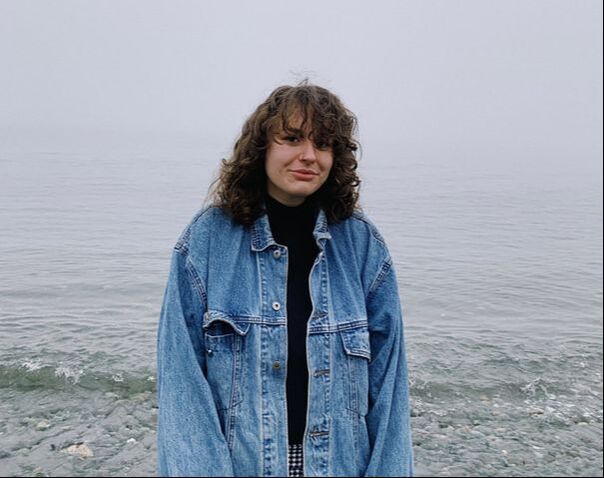 I believe that there is no such thing as “good” music.
Like each one of us, music is subjective. Whether it be a Puccini opera or an improvised song
by a four year old about magical unicorns, all music is valuable and fruitful.
In my music therapy work, I have come to believe that music cannot be defined.

I believe in taking the elitism out of music and out of my teaching. There is no place for
unhealthy competition in music. We can continually strive to be our best, but we cannot do so
while putting others down. There is enough room for us all.

I believe that to teach the best I can, I need to be the best musician I can, to be the best person
I can. My continual growth does not just benefit me, but the students I teach.

I encourage my students to recognize the power of their voice, their story, their individuality; to
take pride in what they have to say and to say it despite the fear. I believe that music pushes us
to be courageous.
​
As my own voice teacher once told me, “you’re a woman on a stage singing- there is nothing
more powerful than that.”